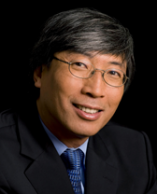 Dr. Patrick Soon‐Shiong a physician, surgeon and scientist, has pioneered novel therapies for both diabetes and cancer, published over 100 scientific papers, and has over 95 issued patents on groundbreaking advancements spanning myriad fields.

Abraxane was approved by the FDA for metastatic breast cancer in 2005, lung cancer in 2012, and pancreatic cancer in 2013. In 2014 Phase 3 trials revealed a 48 percent pathological complete remission in triple negative breast cancer with Abraxane treatment prior to surgery. Abraxane is now approved in many countries across the globe and sales are expected to reach a billion dollars in 2016. The drug is approved in the U.S. and E.U. for metastatic breast cancer, lung cancer and advanced pancreatic cancer, making it the only drug of its kind.

From 1997 to 2010 Dr. Soon‐Shiong has served as founder, Chairman and CEO of two global pharmaceutical companies, American Pharmaceutical Partners and Abraxis BioScience. Both were acquired for multi‐billion dollars in 2008 and 2010. In 2011 he founded NantWorks, an ecosystem of companies to create a transformative global health information and next generation pharmaceutical development network, for the secure sharing of genetic and medical information ‐ empowering doctors to treat patients with proven precision at the first point of care and, ultimately, improving the lives of individuals, everywhere. Dr. Soon‐Shiong serves as Chairman of the Chan Soon‐Shiong Family Foundation and Chairman and CEO of the Chan Soon‐Shiong Institute of Molecular Medicine, a non‐profit medical research organization. He currently co‐chairs the CEO Council for Health and Innovation at the Bipartisan Policy Center and is a member of the Global Advisory Board of Bank of America. He is an Adjunct Professor of Surgery at UCLA, a visiting Professor at the Imperial College of London, and Dartmouth College. The Friends of the National Library of Medicine has honored him with their Distinguished Medical Science Award.

Katy Rezvani, MD, PhD is Sally Cooper Murray Chair in Cancer Research, Professor of Medicine, Chief of the Section for Cellular Therapy, Director of Translational Research and Medical Director of the GMP Facility at MD Anderson Cancer Center. She has over 170 peer-reviewed publications related to immunotherapy, cellular therapy, and hematopoietic transplantation. She is on the editorial board of JCO and Blood and is the Specialty Chief Editor for the cancer immunity and immunotherapy section, Frontiers in Immunology. She is on the Center for International Blood and Marrow Transplant (CIBMTR) clinical trials advisory committee, a member of the BMT CTN Cell and Gene Therapy, a member of the Hematologic and Immunologic Gene & Cell Therapy Committee and serves on the ASH Task Force on Immunotherapies. Dr. Rezvani has served on the organizing committees of the American Society of Hematology, Society for Natural Immunity, International Society of Cell Therapy, and Transplantation and Cellular Therapy Meetings of ASBMT and CIBMTR. Dr. Rezvani’s lab studies the role of natural killer (NK) cells in mediating immunity against hematologic malignancies as well as solid tumors, and seeks to understand the mechanisms of tumor-induced NK cell dysfunction. The goal of this research is to develop strategies to genetically engineer NK cells to enhance their in vivo anti-tumor activity and persistence. Findings from her lab have led to the approval and funding of Phase I/II studies of immunotherapy in patients with hematologic malignancies and solid tumors, as well as the first-in-human clinical trial of off-the-shelf CAR-transduced cord blood NK cells in patients with relapsed/refractory lymphoid malignancies. Dr. Rezvani’s work is supported by multiple grants from the National Cancer Institute, the Leukemia and Lymphoma Society, the American Cancer Society, Stand Up to Cancer and the Cancer Prevention & Research Institute of Texas (CPRIT). She serves as the Executive Scientific Leader of the Adoptive Cell therapy Platform at MD Anderson and is the co-Leader of the Stem Cell Transplantation and Cellular Therapy Program of the MD Anderson Cancer Center Support Grant.

Daniel S. Chen, MD, PhD, is the Chief Medical Officer for IGM Biosciences, and former Vice President, Global Head of Cancer Immunotherapy Development at Genentech/Roche. He received a BS degree in Biology from the Massachusetts Institute of Technology (1990), a PhD in Microbiology & Immunology (1996) and MD (1998) from the University of Southern California. His PhD work and publications focused on “Early Events in Coronavirus Infection.” Daniel completed an Internal Medicine Residency and Medical Oncology Fellowship at Stanford University (2003). He went on to complete a Post-doctoral fellowship with Mark Davis in Immunology, where he was a Howard Hughes Medical Institute Associate. He also ran the metastatic melanoma clinic at the Stanford Cancer Center from 2003-2006. In that time, he studied human anti-cancer immune responses pre- and post- cancer vaccination and cytokine administration to determine why anti-tumor immune responses were not more clinically effective. He received a U19 grant to develop better immunologic tools to interrogate human immune responses and ultimately patented the MHC cellular microarray to detect and functionally characterize antigen-specific T cell states.

He continued as Adjunct Clinical Faculty at Stanford from 2006-2016, where he cared for melanoma patients. At Genentech from 2006-2018, Daniel focused on the clinical development of anti-angiogenic and immune modulatory targeted therapies in both early and late Development, as well as the diagnostic tools to aid their development. This included leading the clinical development for atezolizumab, a PD-L1 inhibitor, from the time the program was in research through IND, Phase I, Phase II, Phase III, to filing and approvals in multiple indications worldwide. At IGM, Daniel focuses on the development of novel engineered multivalent and multispecific therapeutics. He is a reviewer for Nature, Immunity and Clinical Cancer Research, serves on the Board of Directors for SITC, co-chair of the CRI cancer Immunotherapy consortium, gave the keynote presentation at the AACR NCI EORTC Annual Meeting 2014 and presented at the US Congressional Briefing on Immuno Oncology in 2017. He has continued to publish with academic and industry collaborators in the field of cancer immunotherapy, including the often referenced Chen and Mellman manuscripts, “Elements of cancer immunity and the cancer-immune set point” and “Oncology meets Immunology: the Cancer-Immunity Cycle.”